After many years in the making, Erika and I finally took a trip out to New Orleans together. I had only been out there once, about 10 years ago, right before Hurricane Katrina, and she had never been.

We stayed just a couple blocks from the French Quarter, so our four days were filled with walking, eating and drinking. We’d stroll the streets of the French Quarter, admiring the buildings and hidden courtyards, and stop in the many art galleries and antique shops. Then, we’d sit down to eat some yummy seafood and have a drink, then hit the streets again.

Admittedly, our first day in New Orleans started a bit rough. Or rather, ended a bit rough. After checking in to the hotel, we went to eat at Acme Oyster House, a highly-recommended spot where we got oyster, shrimp and crawfish po boys. And New Orleans’ own Abita beer.

We then started walking around the French Quarter, when Erika mentioned we had to go get hurricanes at Pat O’Briens. From all my traveling experiences, I know that Irish pubs are always the start of a crazy night. We enjoyed our bright fruity hurricanes and continued walking through French Quarter. Then, we learned that the best place to get hurricanes is actually the city’s oldest bar, Lafitte’s Blacksmith Shop. There, instead of getting huge hurricane glasses, we got our hurricane drinks in a plastic cup. But they were serious. And after a couple of those, and a purple frozen drink labeled Voodoo, we were in trouble! Let’s just say, a certain somebody was asleep in bed by 9:30 pm (and yes, that certain someone was me). 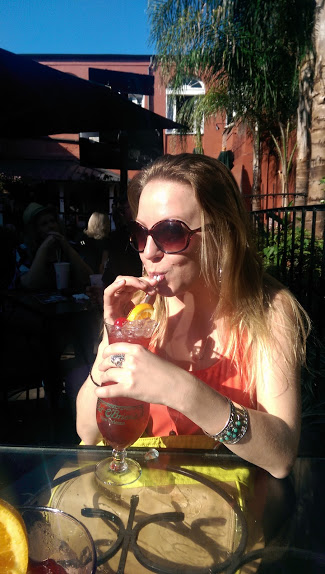 Day two, we grabbed breakfast at a diner near the hotel, which actually ended up being pretty amazing. The Ruby Slipper Cafe was well worth the wait, from the satisfying and much-needed bloody marys to the filling dishes. They also have a great story behind the name, which was inspired by the feeling of homecoming when the owners returned to New Orleans after Katrina.

We then took a bus out to the grounds where the last day of Jazz Fest was taking place. Our timing was not ideal. What we probably should have done was go to Jazz Fest our first day in New Orleans, and go in the evening when the heat wasn’t so brutal. Instead, we arrived to the fair grounds right around noon, where we pretty much melted under the unforgiving sun, especially since the dusty fairgrounds were practically a desert. We caught a few acts, walked around the entire fest and decided to head back to the hotel.

Confession: whenever I stay at a hotel, I get sucked into horrible television on cable, since I don’t have cable at home. This time around, me and Erika got sucked into Love and Hip Hop, for more episodes than I care to admit.

Anyways, after relaxing a bit and getting our fill of trashy TV, we decided to check out Frenchman street. This is a strip a couple blocks long towards the edge of French Quarter, that’s lined with jazz clubs. We ended up catching a set by Eudora Evans and Deep Soul at Balcony Music Club. The woman can sing! 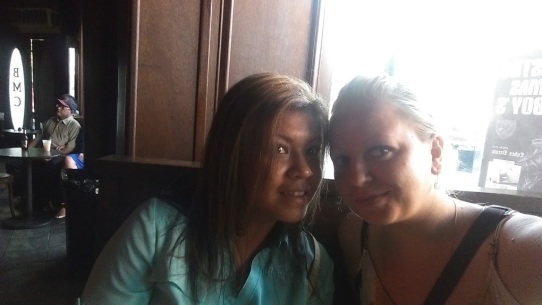 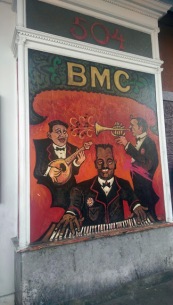 At that point we had every intention of just heading home and calling it a night. But Bourbon Street struck again. That’s the thing about New Orleans and Bourbon Street specifically – it’s always on. Morning, night, weekday or weekend. Sunday Night. We stopped by a bar that had a group doing covers of hip hop songs with a live band, then ended up at a near-empty Latin bar, where I pretty much lost my big toe in a freak salsa dancing incident. We ended up getting some late-night fried chicken from what looked like a 7 Eleven. I was skeptical, but Brother’s Fried Chicken actually ended up being delicious. 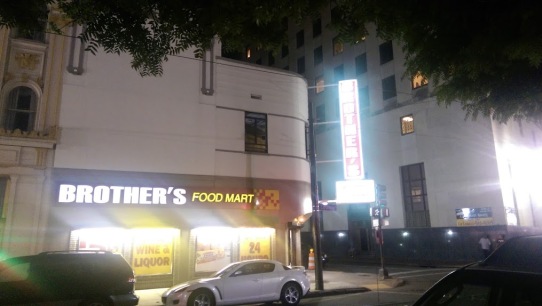 Since our last two days were filled with more walking, eating, drinking and shopping, I’ll just list some of my favorite spots below. 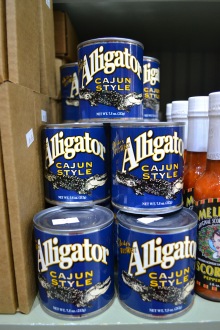