Just a few years ago, during my three-month trip to Europe, I got to experience a few different Chopin landmarks. I saw his grave at Pere Lachaise Cemetery in Paris, then re-visited the famous statue of him at Łazienki Park in Warsaw, then visited a brand new interactive museum dedicated to him (also in Warsaw).

Wall of music notes near the museum

Some facts about Chopin in case you don’t know:

Enjoy some of my favorite Chopin works: 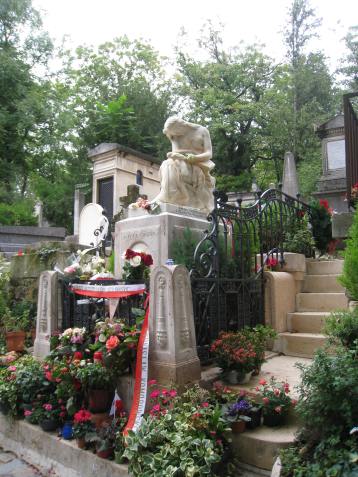