As I was scrolling down my Facebook feed, I was hit by an ad for Try the World, an “exotic food subscription.” They were having a promotion, so I figured I’d sign up and give it a try. Basically, every two months they send out a box of local delicacies from a different country. It sounded like a great way to experience a piece of the world, one bite at a time. 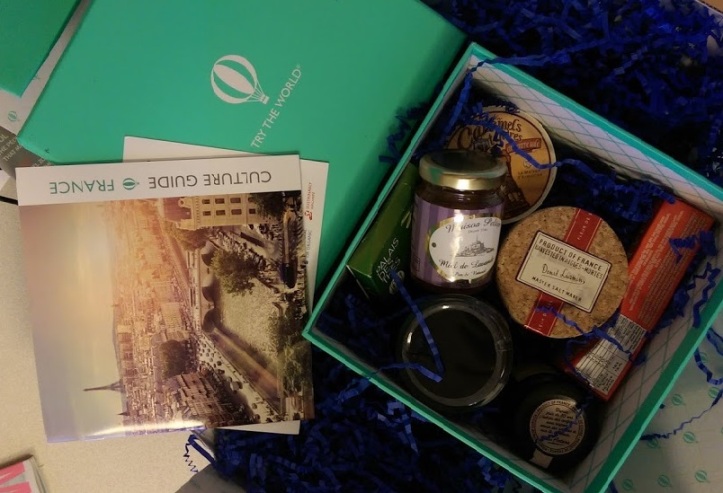 The first month was France – obviously that was going to be a hit. My box of French delicacies included lavender honey, fig jam, sweets, sea salt, tea and more. These proved to be the perfect ingredients for a light, Parisian-inspired breakfast on my patio. I also love that the box includes a small booklet on the featured country, highlighting not only the products and recipes, but also suggested songs and movies to really immerse yourself in the culture. 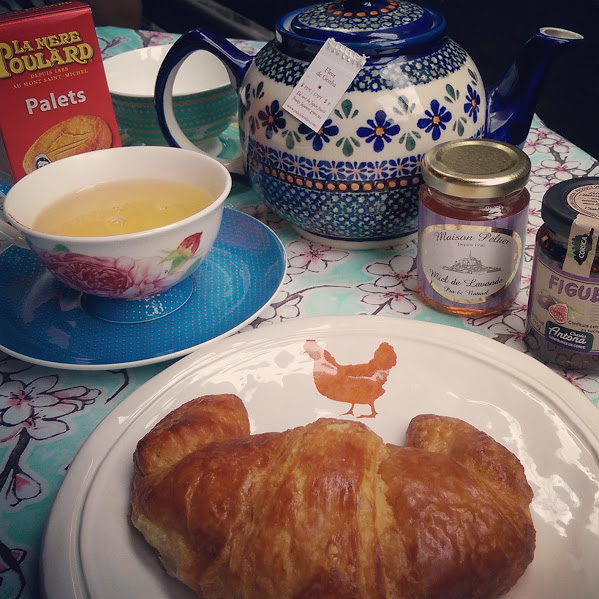 The French box was a good first one, but my next package arrived and features products from Japan. That will definitely take me out of my comfort zone! (And that’s the point.)