Savannah has been on my bucket list for years. I’m not sure what sparked my obsession, but it was probably seeing Midnight in the Garden of Good & Evil. There’s just something mysterious and romantic about places like Savannah and New Orleans. Ever since, I’ve dreamed of going there, or even moving there and getting away from big city life. So this 4th of July weekend, I finally made it to Savannah!

But of course it wasn’t quite that simple, because as usual, Daniela and I came up with a ridiculous travel itinerary. We weren’t just going to get on a plane and fly to Savannah. We were going to get on a plane, fly to Atlanta, rent a car and drive three hours to Savannah. Because saving a few bucks on a flight is totally worth spending six hours in a car driving through the state.

Regardless, we made it to Savannah. And it was HOT. Yes, I realize I should’ve known that Savannah would be hot in July, but it was pretty intense. I eventually realized that the heat and humidity would mean I’d be drenched in sweat the entire trip, and once I accepted that, I was fine. 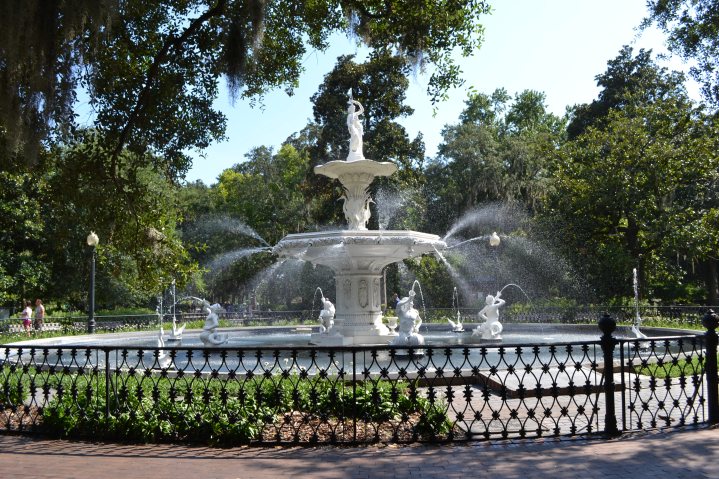 The first thing I did when we arrived in Savannah was go outside and just walk around. That was ultimately my favorite thing to do in the city – just stroll the streets shaded by these huge old trees and lined with humongous gorgeous houses. We stayed just a couple blocks from Forsyth Park, so it was the perfect area for that. And from Forsyth Park we could basically select any street and take it down to the waterfront, checking out houses, squares and shops along the way. 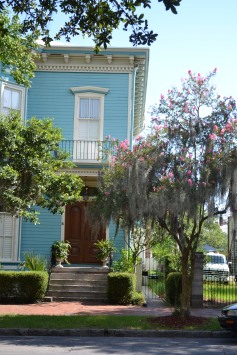 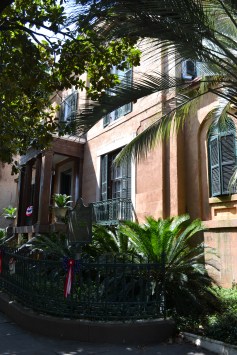 That was another thing I loved about Savannah – all the squares. Every few blocks, the streets would open up to a small square, filled with greenery and statues, and usually surrounded by some historically-significant house.

And once you get to the waterfront, you’re in the midst of the historic district and where a lot of the action is. First of all, you can drink in the street! So when you order a drink at the bar they ask if you want it there or to go. Second, there’s the water. There are a few rooftop spots right along the water – we checked out Top Deck Bar at the Cotton Sail Hotel and Rocks on the Roof above the Bohemian Hotel – and they both offer breathtaking views of the water, bridges and boats below.

On one of our walks through the city, we passed by a house where a large fluffy cat lounged. Being the crazy cat lady that I am, I had to stop and get a photo. Unbelievably, this cat saw me and slowly walked down the steps towards me, came out onto the street and let me pet him! And when I was done petting him, he just casually sauntered back up to his spot on the porch.

If you know me, you know I love visiting old cemeteries. Savannah has one that is old, and covered in weeping trees and populated by haunting structures – the Bonaventure Cemetery. Sadly, the structure it’s most famous for – the girl holding a bird that was featured on the cover of Midnight in the Garden of Good & Evil – was moved to a museum because of vandalism concerns. However, walking through the quiet, peaceful grounds on a hot southern afternoon was one of the most memorable moments of the trip.

Of course, the other main activity on any trip is eating. We managed to sample a nice variety of Savannah’s culinary treats – we ate lots of seafood and oysters, pizza at Vinnie Van Go-Go’s, dinner at Paula Dean’s restaurant The Lady & Sons (which had all the southern classics you’d want to try). 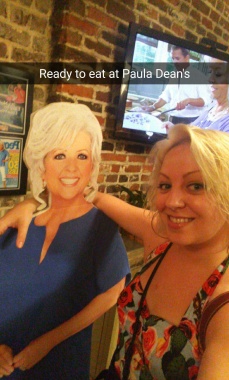 Here are two examples of what to do and what not to do on a 100 degree day in Savannah. What to do: go to the beach on Tybee Island. It’s a not-too-long drive from Savannah and you’ll get to jump in the ocean to cool down. What not to do: go to tour Fort Pulaski. Yes, it’s historically important, but there is literally no shade. You are out in a flat plain onto which the sun beats down relentlessly. Ok, so maybe visit the fort, but don’t go in the middle of the day, and you probably don’t need more than 30 minutes to get the gist of it.

Our last day in Savannah, Daniela and I really went all out and did an eating and drinking tour of the city, starting with a Mead tasting (wine made of honey) and ending with yes, more oysters, and champagne. It was the perfect farewell to the city! 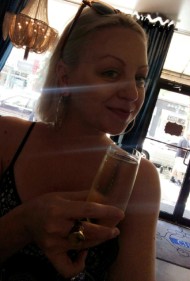 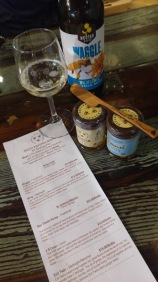