I’ve traveled to and through NYC for work countless times but I NEVER have time to actually explore the city. As I headed to NYC for work the week before Thanksgiving, I decided to tack on a weekend to be a tourist in the Big Apple. Luckily, the first day in town was unseasonably warm and perfect walking weather. Unfortunately, the second day turned quite chilly so walking through Williamsburg and Brooklyn was not so pleasant. I did, however, manage to pack in a decent amount of sight seeing during my stay.

A Broadway Musical
I’ve been dying to see a Broadway musical for years. Everything I know about what’s currently on Broadway is from watching the Tony Awards, so I decided to check out the Waitress musical because I really wanted to see Jessie Mueller, who has an unbelievable voice. I went alone, which ended up being a good thing because I balled through half of it. 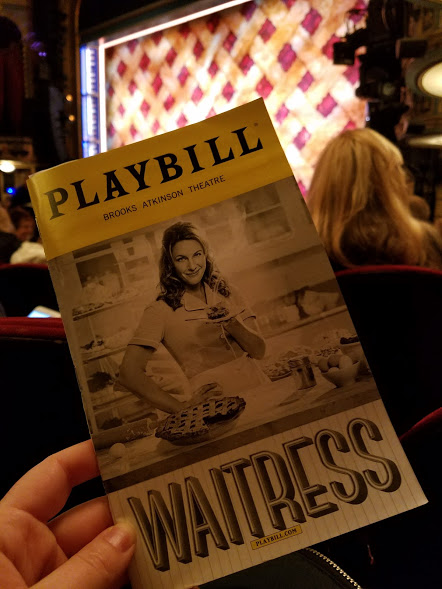 Walking back, I at least had the festive holiday lights to console me!

Central Park
I took advantage of the unseasonable warmth to stroll through Central Park. I was surprised at how rocky and hilly it was. It was very cool to see so many people lounging about on the rocks and grass. It was a perfect fall day.

The Highline
NYC’s version of The 606, The Highline is a former railway track transformed into a public park. It winds through the Chelsea neighborhood and ends at The Whitney Museum, which I was also able to check out thanks to its reciprocal membership benefits with The Art Institute. Walking down the trail at sunset was gorgeous – you go past various buildings, have the water on one side and the rest of Manhattan on the other, and have various plants, sculptures and seating areas around the way. 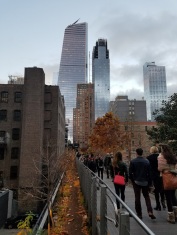 Brooklyn & Williamsburg
My walk through these neighborhoods was frigid, so it was hard for my to fully enjoy it, but I did stop by several cute shops and boutiques. And I got this beautiful ring from one of the markets. But the highlight was meeting up with my childhood friend Maggie for Thai food in Brooklyn! Added bonus – on the subway ride back, I caught the post its notes people started posting up on a wall with (mostly) positive messages following the overall sense of defeat after the election. AND, during my ride across the bridge back to Manhattan, I caught a glimpse of the Statue of Liberty while enjoying an impromptu performance by a dance crew on the train. Overall, a nice taste of NYC. 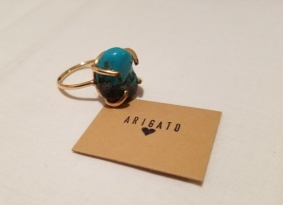 The Met
My last day in NYC, I had to check out The Met. The museum is massive, so I focused most of my time on the very large exhibit of Ancient Egyptian artifacts. It was an impressive collection and I was proud to have more historical context around the artifacts after completing my course in Ancient Egyptian literature at the University of Chicago’s Oriental Institute. 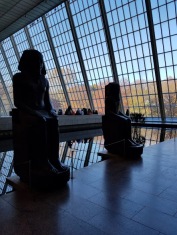 While I was in the area, I had to check out the Guggenheim Museum, too. I didn’t have time to go inside, but did snap a shot of the standout architecture from the outside. 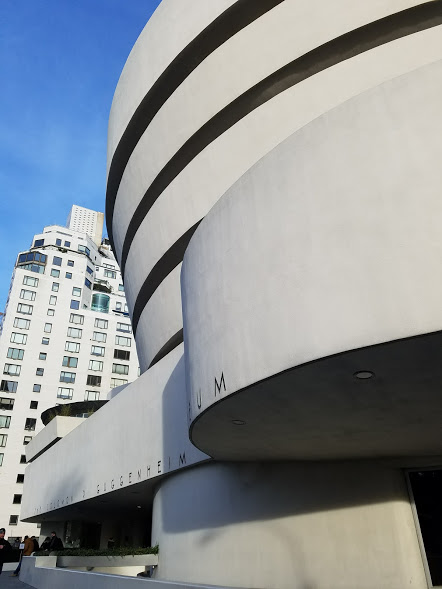