I finally got to go to the SXSW Music Festival in Austin this year! I’ve been wanting to go for years, and this year I was able to go on behalf of a client. It was a TON of work, very exhausting, but totally worth it. I got to interview artists, meet bloggers in person who I’ve only emailed with prior, listen to all types of music and explore Texas for the first time. That being said, here are my top moments from SXSW:

1. Chicago love in Austin
Our second day in Austin, we overcame our exhaustion to actually check out a showcase and stumbled into Ruby Hornet’s Digital Freshness ATX show. It was awesome to see so much Chicago love at SXSW, from spotting Alex from RH onstage, to running into Domingo from Crowd Noize in the crowd, to see acts like YP and Rockie Fresh perform (together even). 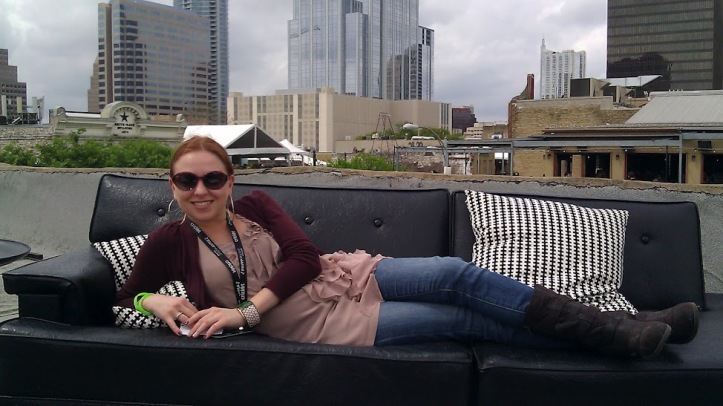 2. Interviewing artists on a rooftop
Ok, it was definitely a down & dirty set up, but there are worse ways to spend a day than on a rooftop in downtown Austin on a hot & sunny day. And really, interviewing artists in general was an awesome experience. Nothing like working with your team to knock out more than 30 interviews in 4 days. 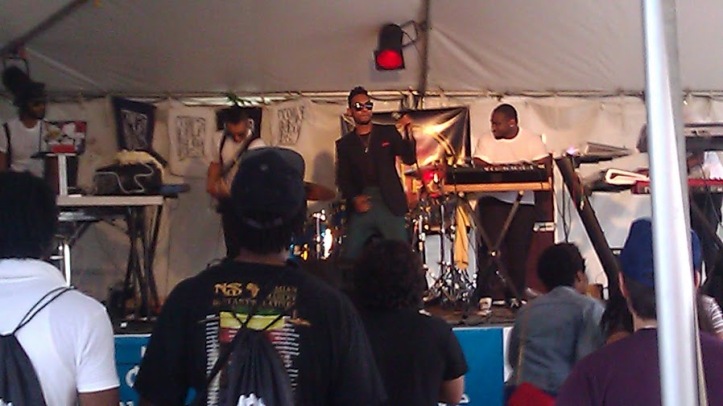 3. Seeing Miguel perform
I LOVE Miguel. So seeing him perform at the Couch Sessions & Brooklyn Bodega Circus event (powered by Muve Music — client) was awesome – so much energy, a live band behind him and some of my favorite tracks. Not only did he perform Adorn from his new EP, Art Dealer Chic Vol. 1, but he finished his set with Sure Thing. PLUS, I got to meet & take a photo with Brian from Day 26 – love those guys!

4. The Def Jam showcase
Muve Music also sponsored the Def Jam showcase at The Belmont, which brought out Nas, Asher Roth, Big K.R.I.T. and some really good up-and-coming hip hop artists. In addition to seeing Homeboy Sandman and Denzil Porter for the first time, my favorite moment might have been Bun B coming out to perform “Country Shit” with Big K.R.I.T. 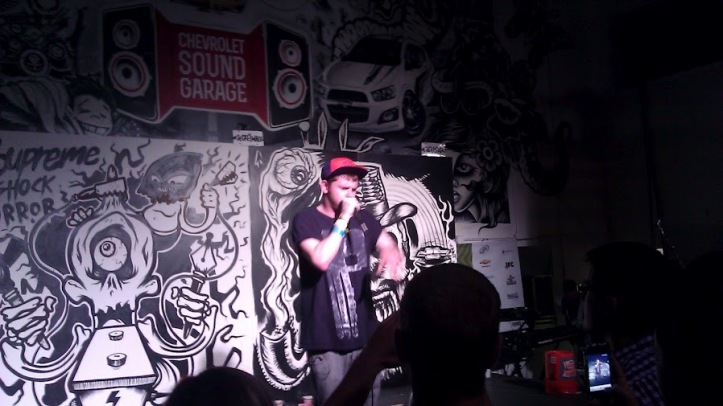 5. Beatboxing at the Chevy Sound Lounge
Again, the beauty of stumbling into random venues at SXSW. We stopped in this lounge, where a crazy beatboxer was doing insane things with his voice. I don’t know how these guys do it!

6. Social media & musicians at SXSW
I love seeing the creative ways artists and brands use social media, and SXSW is the prime place to see examples at work. One of the coolest things I saw in Austin was a temporary tattoo from Miike Snow that actually had a QR code embedded in it, so you could scan it from your arm even. I still haven’t seen a truly compelling QR experience past the cool scanning part, but it was at least a unique application of the technology in that sense.

7. Taco Bell Dorito Loco Taco
Ah, my devastating Dorito Loco story. Yes, we made a late-night stop at Taco Bell, so naturally I ordered the Dorito Loco Taco. But I also ordered a Crunch Wrap Supreme. To make a long story short, I ate the Crunch Wrap in the car, then got to my room, put down the taco, and fell asleep before I could eat it! Needless to say, when I woke up a few hours later, I ran over to the taco, which was cold and soggy at that point.  I debated if I should still eat it, but decided against it. In the end, I still haven’t tried the Dorito Loco Taco! The agony…